Jacob Xavier Senediak has passed away. He lived more in his six years than many of us live in 20. He was always in a hurry to have fun with his loving parents, Mark Senediak and Stacey Chick; with the big brother, Zackery, who he adored and emulated; with his beloved kitties; and with the many, many family members and friends whose hearts Jacob captured. Jacob loved to hit baseballs, play hockey, swim, run, dance, sing (especially “We Are The Champions” and “Tonight’s Gonna Be a Good Night”), and, more telling, show love to friends and family members who needed some help or a hand. He shared his blankets with those who were cold and brought his teddy bears and slippers to those that needed comfort. Jacob loved to travel, including to his favorite places, Ocean City, Md., Niagara Falls, Harpers Ferry, and seven trips to Walt Disney World. Jacob loved visiting the Carnegie Science Center and had a scientific mind. Jacob loved animals so much and wanted to be a veterinarian. Jacob’s favorite movie was Sonic the Hedgehog, and like Sonic, Jacob lived his best life on Earth. When he set his mind on doing something, he set about it with uncommon energy, focus, intelligence, toughness and stubborn intensity, including his year-long battle with the deadly disease that took him from us. Jacob’s fight included forging new paths in the fight against cancer that will save lives. Jacob’s courage was truly unbelievable, and will remain an inspiration to all who experienced it or heard it told. As astonishing was the concern that Jacob displayed to other children who were in the same fight. Jacob would want to be remembered as an incredible baseball player, routinely hitting the cover off of the ball; a burgeoning hockey player; a loving companion to his kitties, Mary, Jack, Abigail, Simba, Peso and Eddie; a highly-skilled Smash Brothers Nintendo player; and a much-loved son, brother, grandson, nephew and friend. Jacob was a member of the Bethel Park Church baseball league and Little Pens Hockey League, had attended KinderCare in downtown Pittsburgh and Mt. Lebanon, and was a first-grader at Howe Elementary in Mt. Lebanon. Jacob will forever live in the hearts of his parents, Stacey Chick and Mark Senediak; his brother, Zackery; his grandparents, Pete and Debbie Chick, Jeannie Senediak, and John Senediak; his uncles, John M. Senediak and James Beckman; aunts, Hillary MacArthur-Senediak and Maria Beckman; honorary aunt, Kimberly Schevtchuk; and his cousins, Hailey and Connor MacArthur Senediak. Jacob joins his grandmother, Barbara (Palovich) Chick; and great-grandfather, Joseph Koczwara in Heaven. In lieu of flowers, the family welcomes donations for Jacob’s medical and final expenses, the remainder of which will be donated to support research for a DIPG cure. https://gofund.me/0dc48f8c. Visitation will be held Friday, Jan. 15, 2021, in Mt. Lebanon United Methodist Church, 3319 W. Liberty Ave., Pittsburgh, PA 15216. Due to the ongoing covid-19 pandemic, facial masking and social distancing will be required and observed. Funeral service will be held at 11 a.m. Saturday, Jan. 16, 2021, in Mt. Lebanon United Methodist Church. Arrangements entrusted to WILLIAM SLATER II FUNERAL SERVICE, Scott Township (412-563-2800). www.slaterfuneral.com. 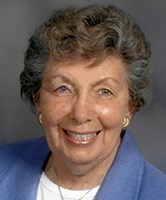 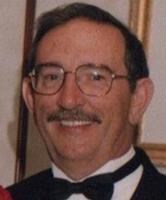 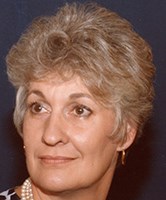 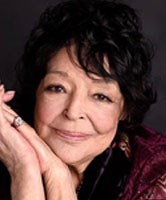